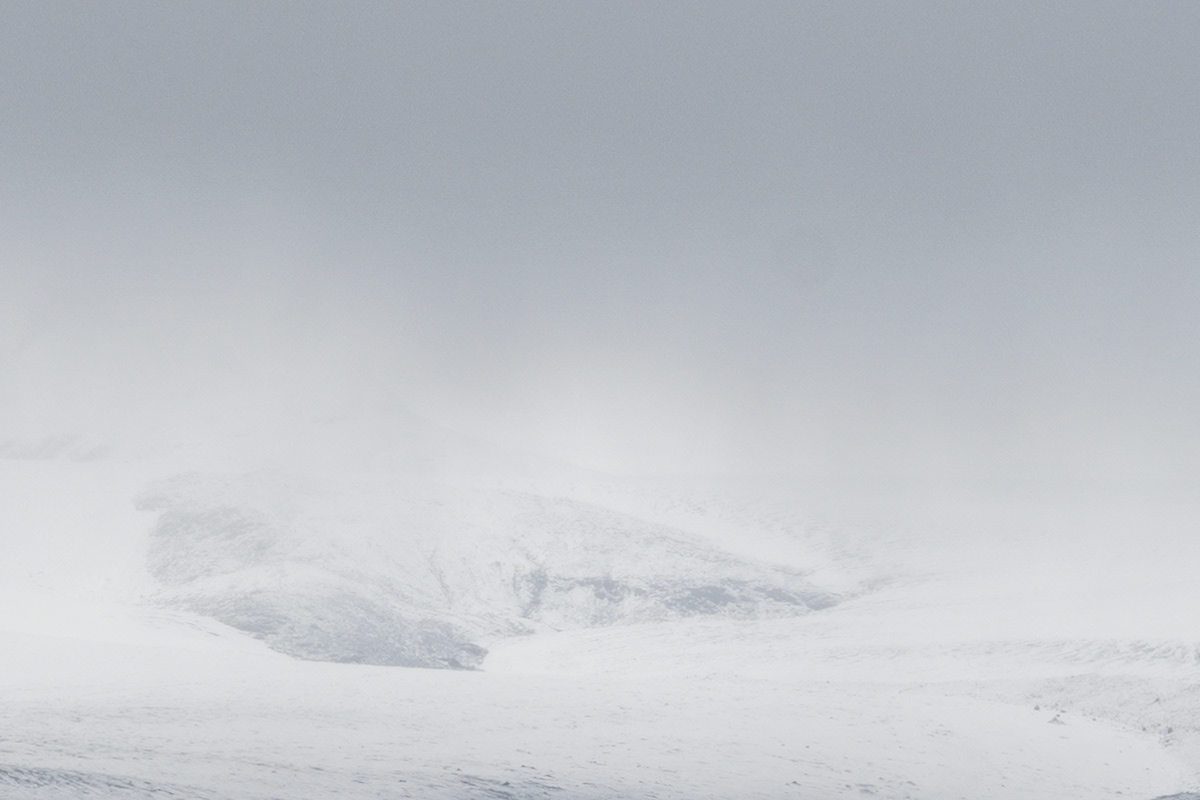 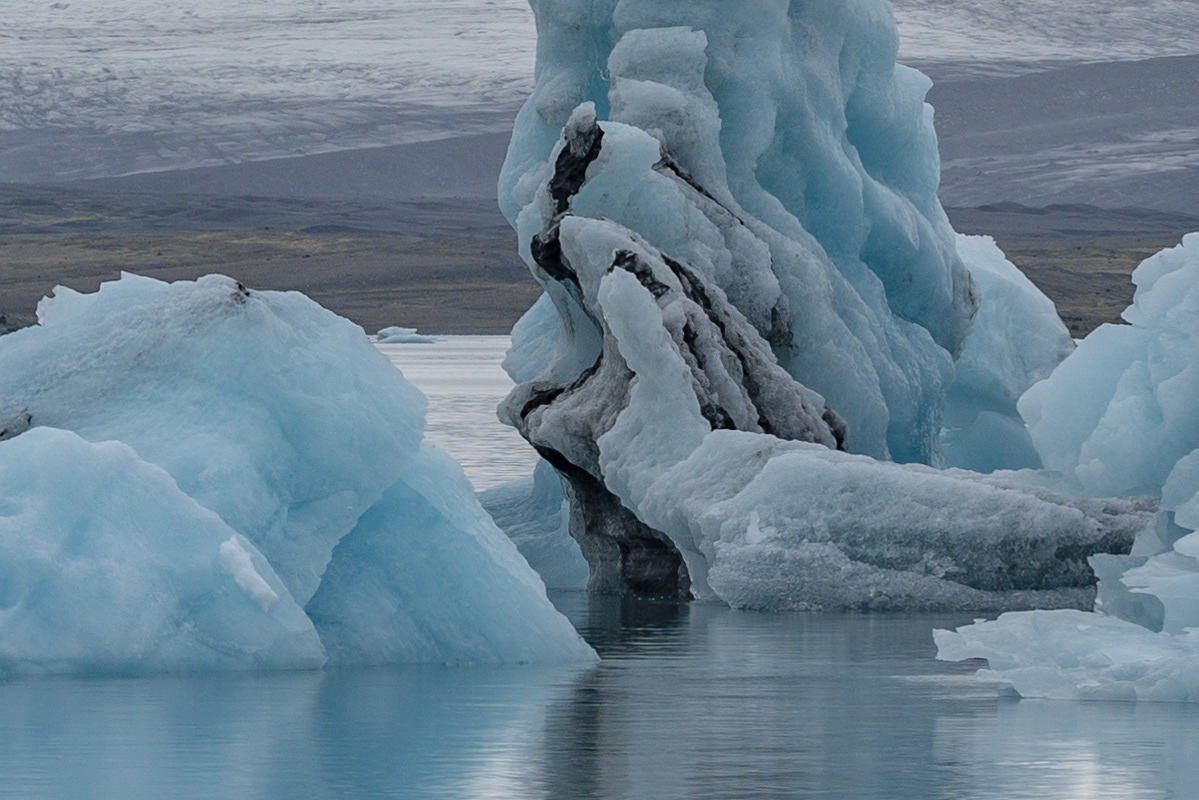 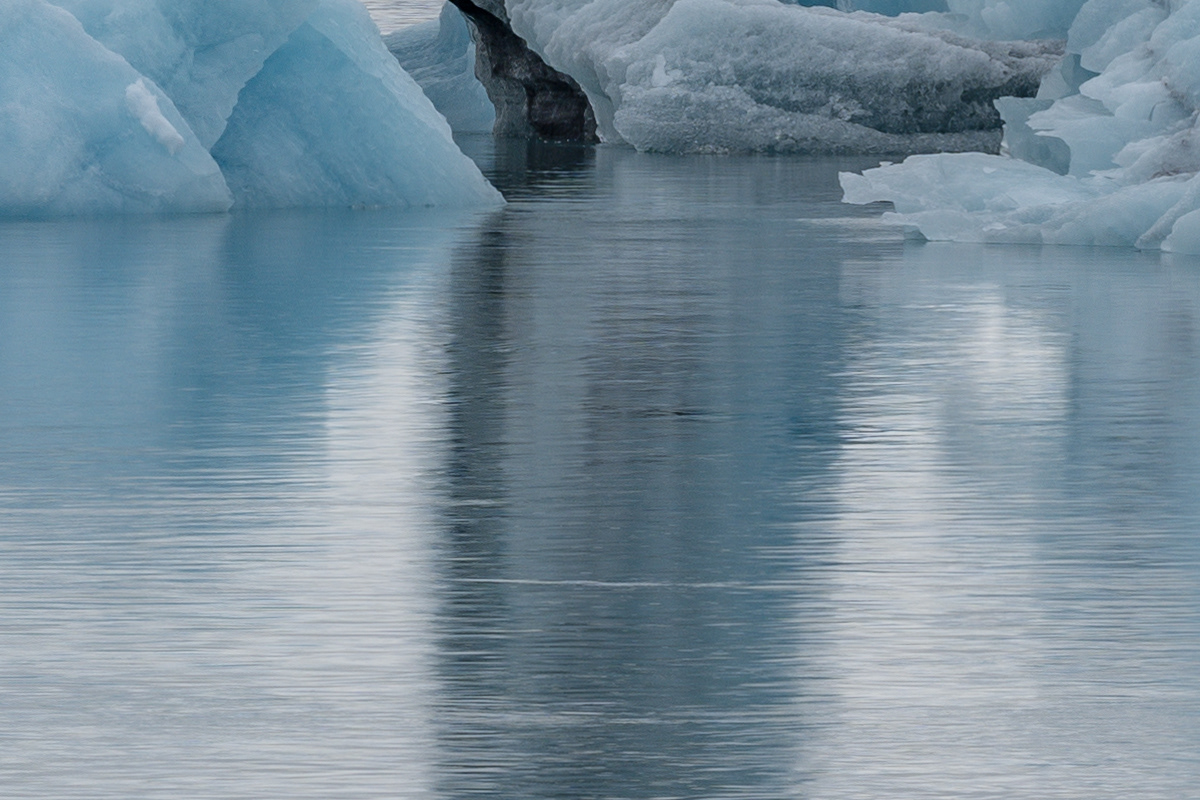 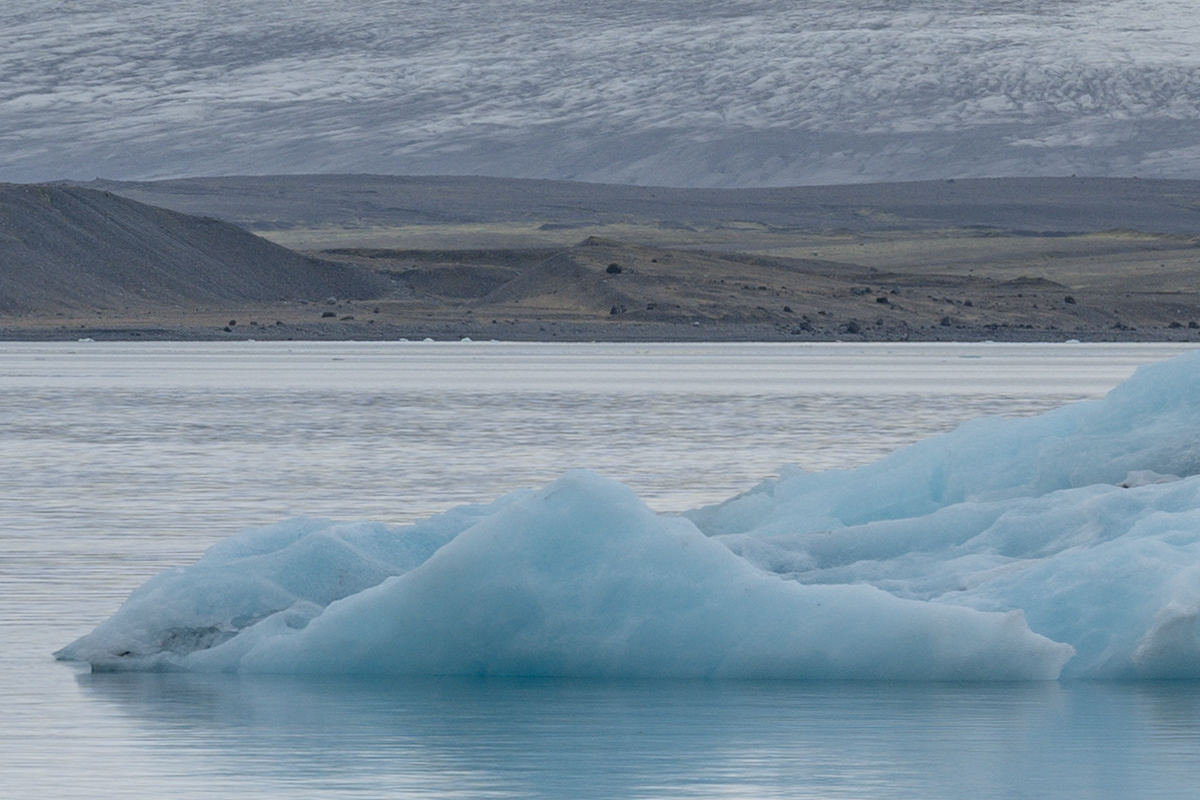 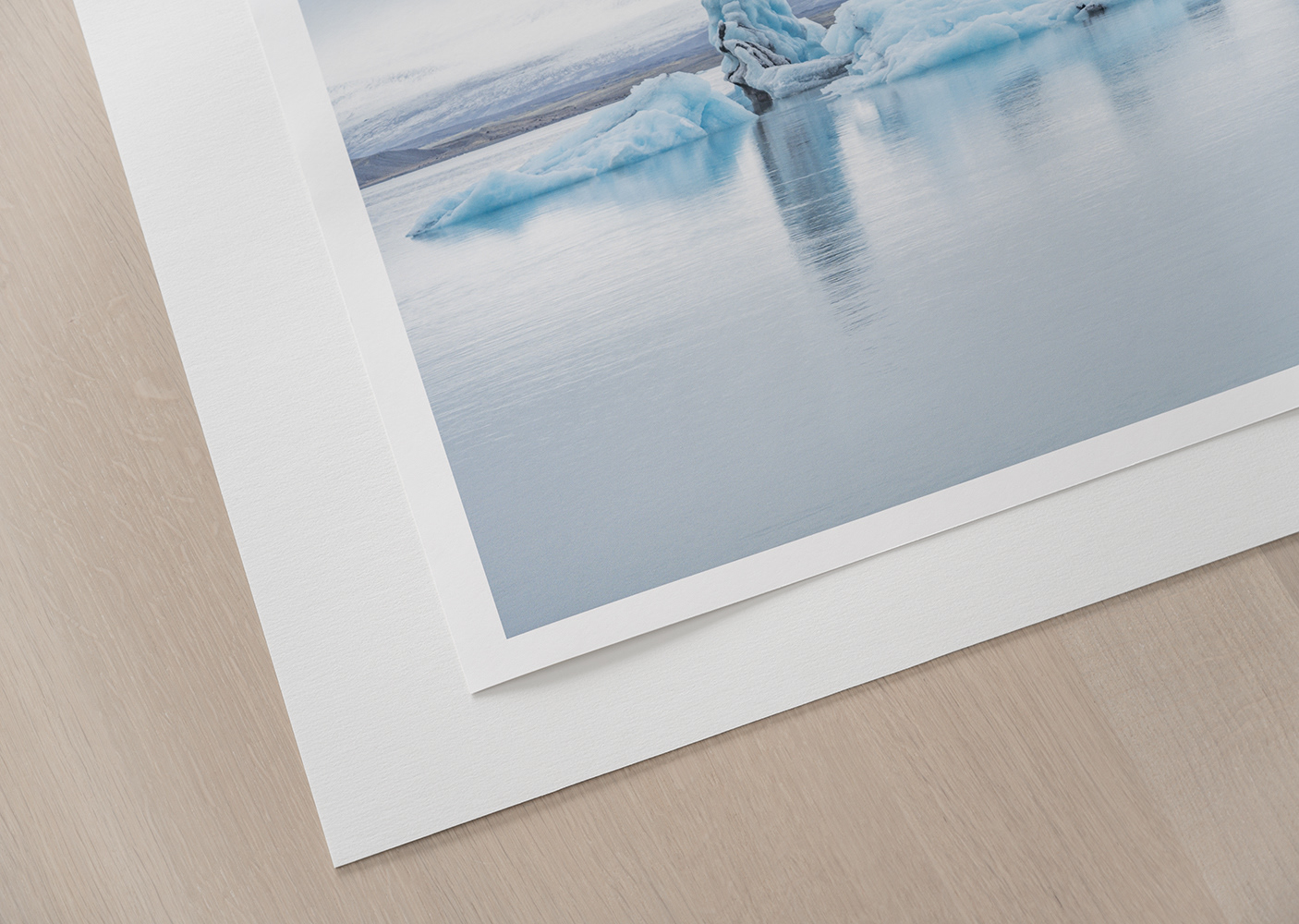 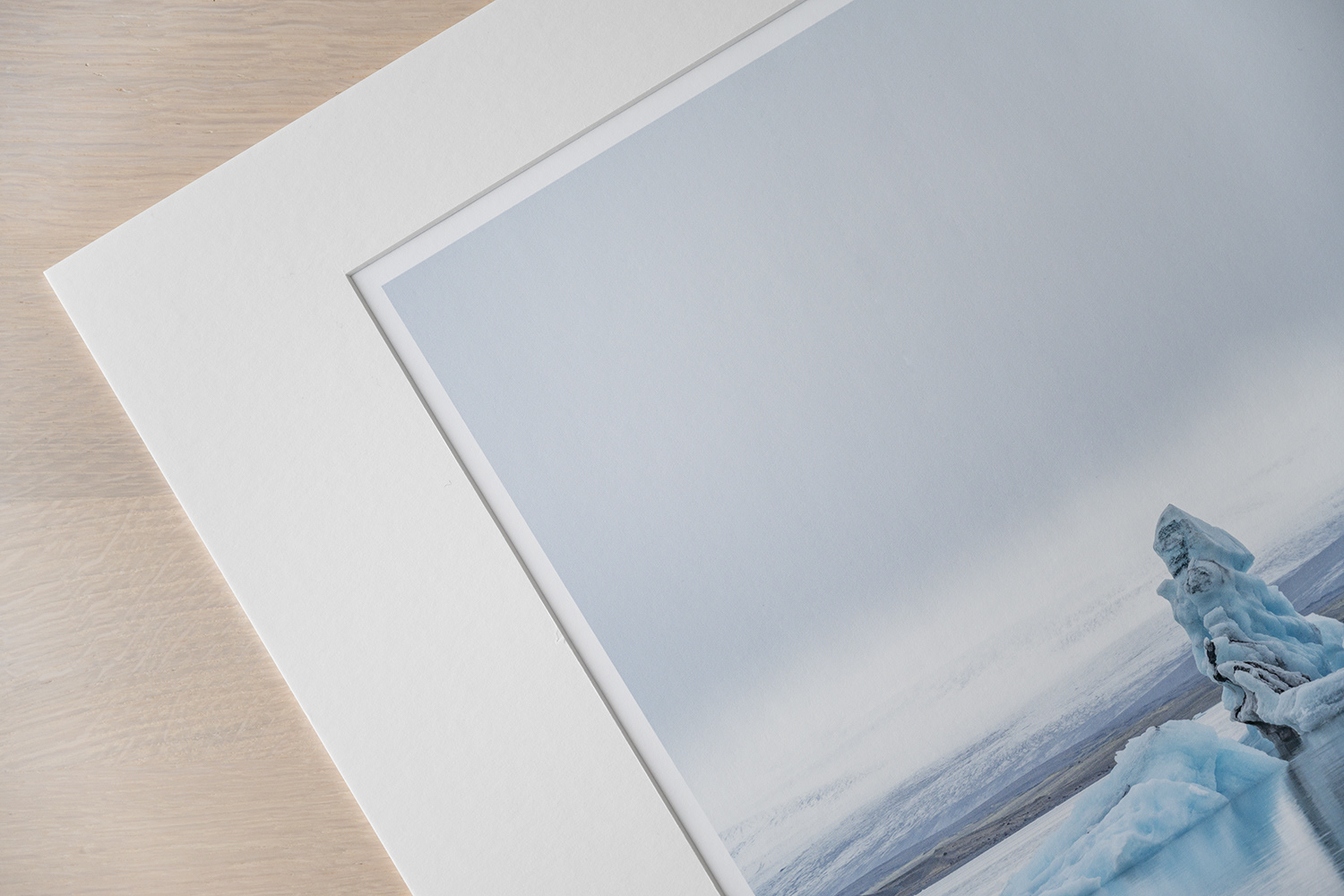 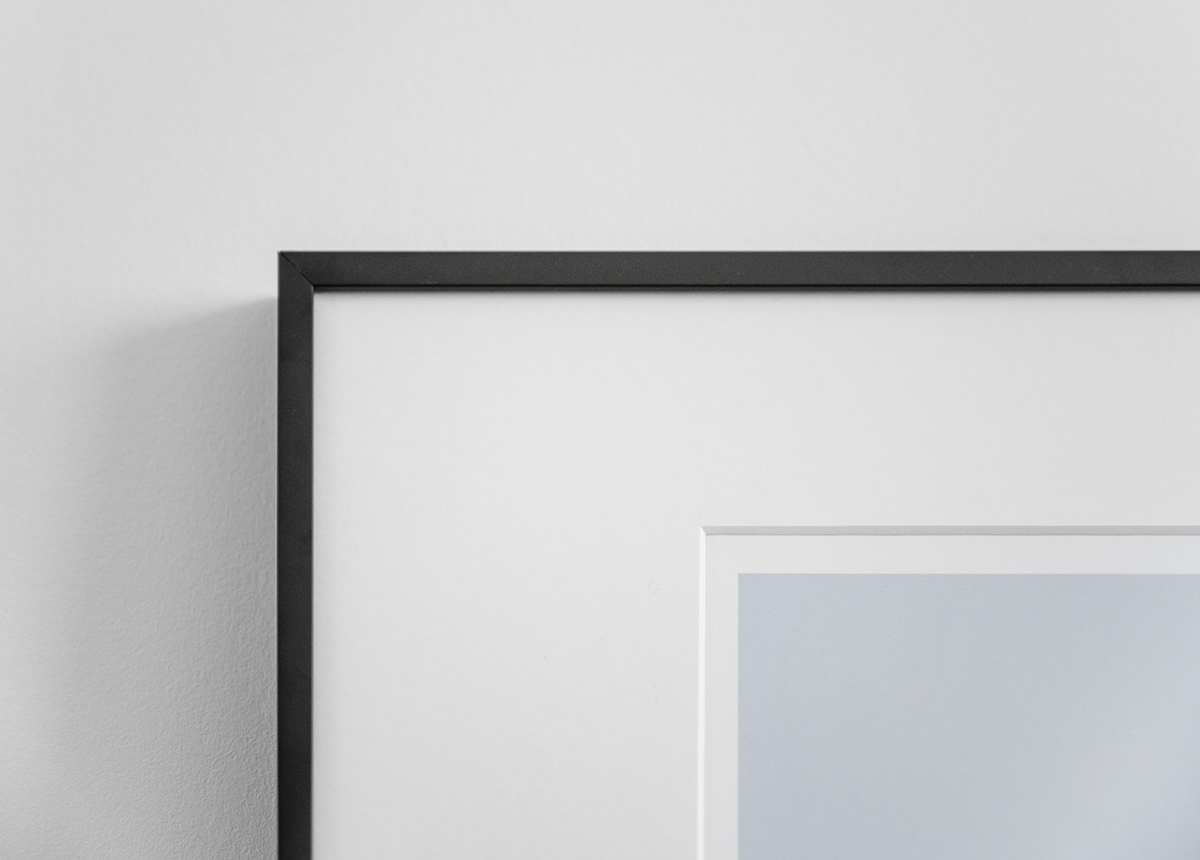 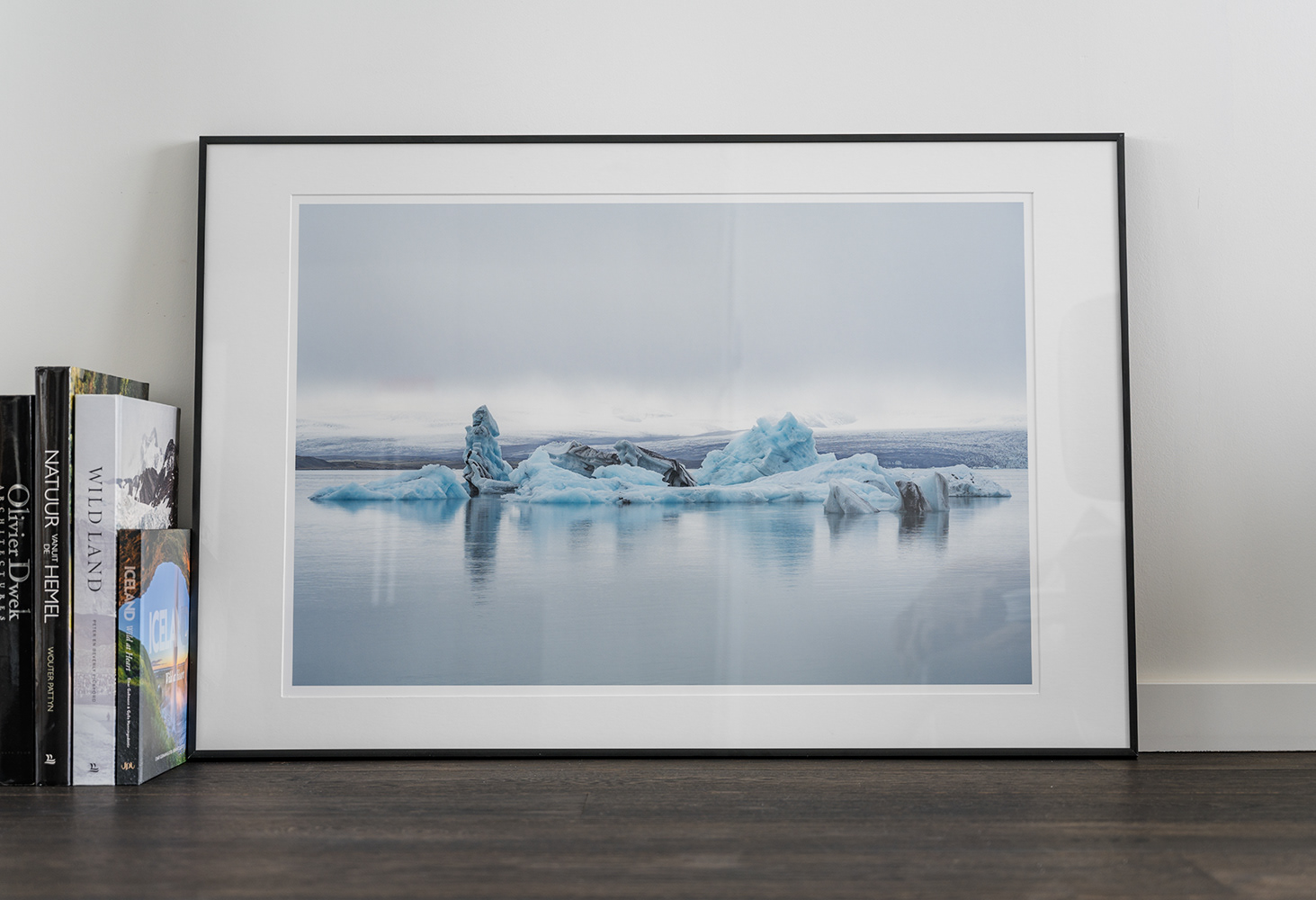 Buy the print
I remember very well my first visit to Jökulsárlón. My expectations of the place were high, primed as I was by images suggesting an environment that was both as beautiful and enchanting as it was treacherous. In my mind’s eye, I was alone, watching icebergs slowly drifting to sea under a gloomy sky. The sense of foreboding caused by the upcoming bad weather held at bay by the peaceful solitude of the scene unfolding in front of me.
Goes to show how powerful the imagination really is. And how like with movies, what’s just outside the frame doesn’t exist in the world of the image. What matters is where the image takes you, emotionally.
Driving up to the parking lot proved to be a very sobering experience. Right beside the road was a large area filled to the brim with cars, buses, a food truck, a large sanitary unit, companies offering amphibian, zodiac, or kayak tours on the lagune, … and people. Lots of people. I was so shaken I left my camera gear in the car and went for a walk along the eastern shore of the lagune. After some 15 minutes (and a rather brisk stroll) I found myself almost alone. For practical reasons, most visitors tend to stick around the mouth of the lagune which acts as a funnel and therefore has the greatest concentration of icebergs. I enjoyed the view for a while, but with no camera and no icebergs close to me, I convinced myself this was merely a recce that set me up for a more informed future visit. Truth be told, by the time I got back to the car, I was happy to feast on one of those delicious lobster sandwiches from the food truck before driving back to Skaftafell.
Two years later, right in between two Covid-19 waves, I found myself back at this immense, cold lagune, staring at several icebergs gathering not far from shore, the kilometre-wide glacier terminus, from which they’d all originated, in the distant background. Descending from the peaks surrounding this winding river of ice were clouds heavy with water, gathering and turning into a dense and obscuring fog, mirroring the water surface in the foreground, and simplifying the scene in front of me. The many birds on top of the ice were gathering for a free ride to sea while enjoying each other’s company. This was what’d originally drawn me to the place. This was where reality and imagination came together.
At first, i felt that only a smooth matt cotton paper did the scene justice. It complemented the soft pastel tones and smooth gradients of the image extremely well, so I initially went for Canson Infinity Rag Photographique 310 gsm as my paper stock of choice for this print. As I made a consequent test print on Canson Infinity Platine Fibre Rag, I changed my mind however: the slightly deeper shadows and saturation, as a result of both the change in paper and a tiny increase in contrast to the image file, were able to bring across that hint of menace, embodied by the fog, in a way the matt paper couldn't. As I wanted to convey my impression of standing there, I went for the Platine.

Striae
↑Back to Top