Pigment ink print on archival cotton paper, 3:2 ratio
_ 58 x 38,7 cm, limited edition of 25 - signed, numbered, with certificate
125 euro
_ 25,5 x 17 cm, open edition
25 euro
* all prints come with a white border of about 2 cm, which allows proper handling and greatly facilitates matting and framing; the sizes mentioned above are net sizes that do not include this border
** prices include VAT, but do not include postage, packaging, matting or framing
*** printed with Canon Lucia Pro ink on Canson Infinity Platine Fibre Rag, an acid & OBA free, internally buffered, ISO 9706 compliant, 100 % cotton paper with high permanence 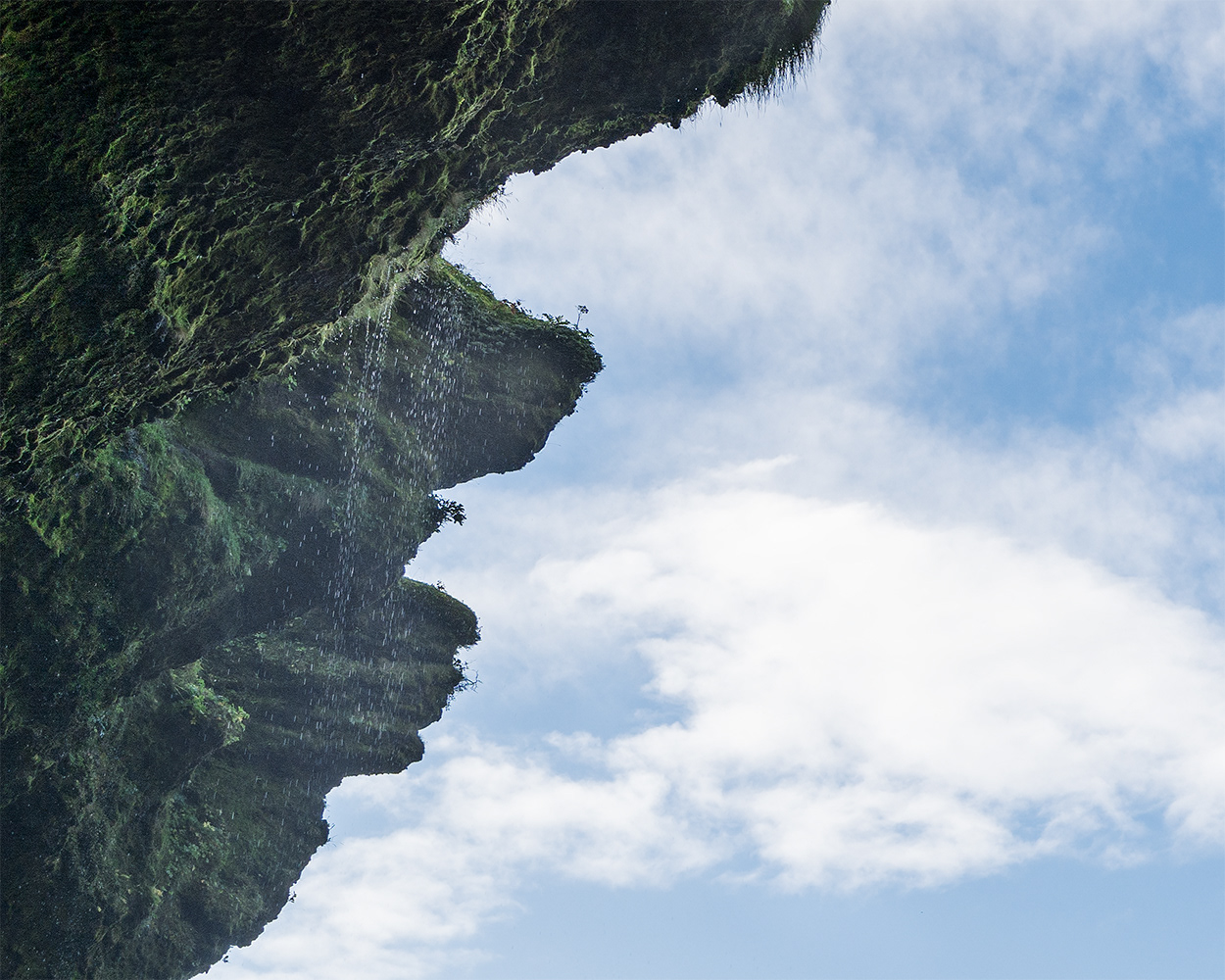 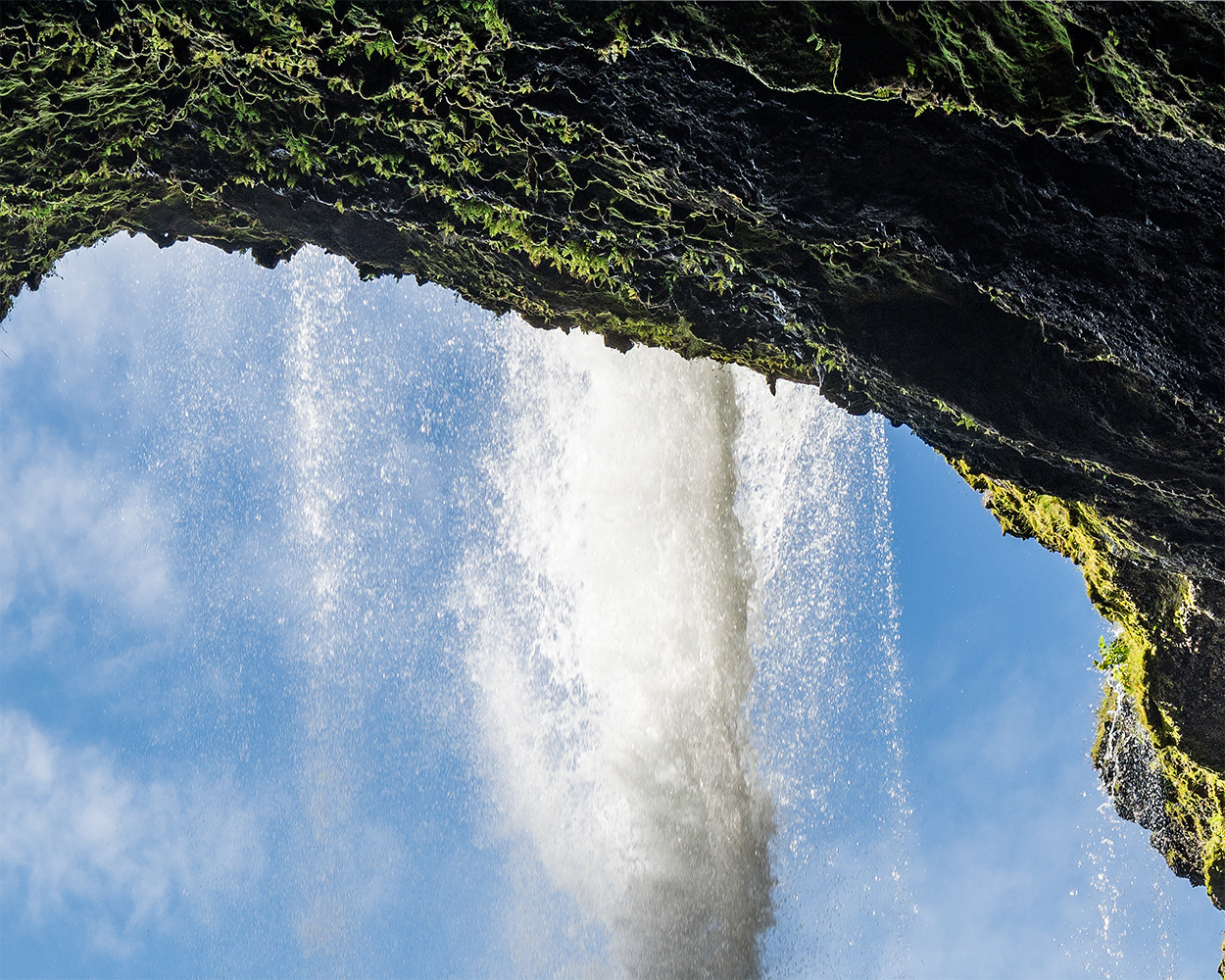 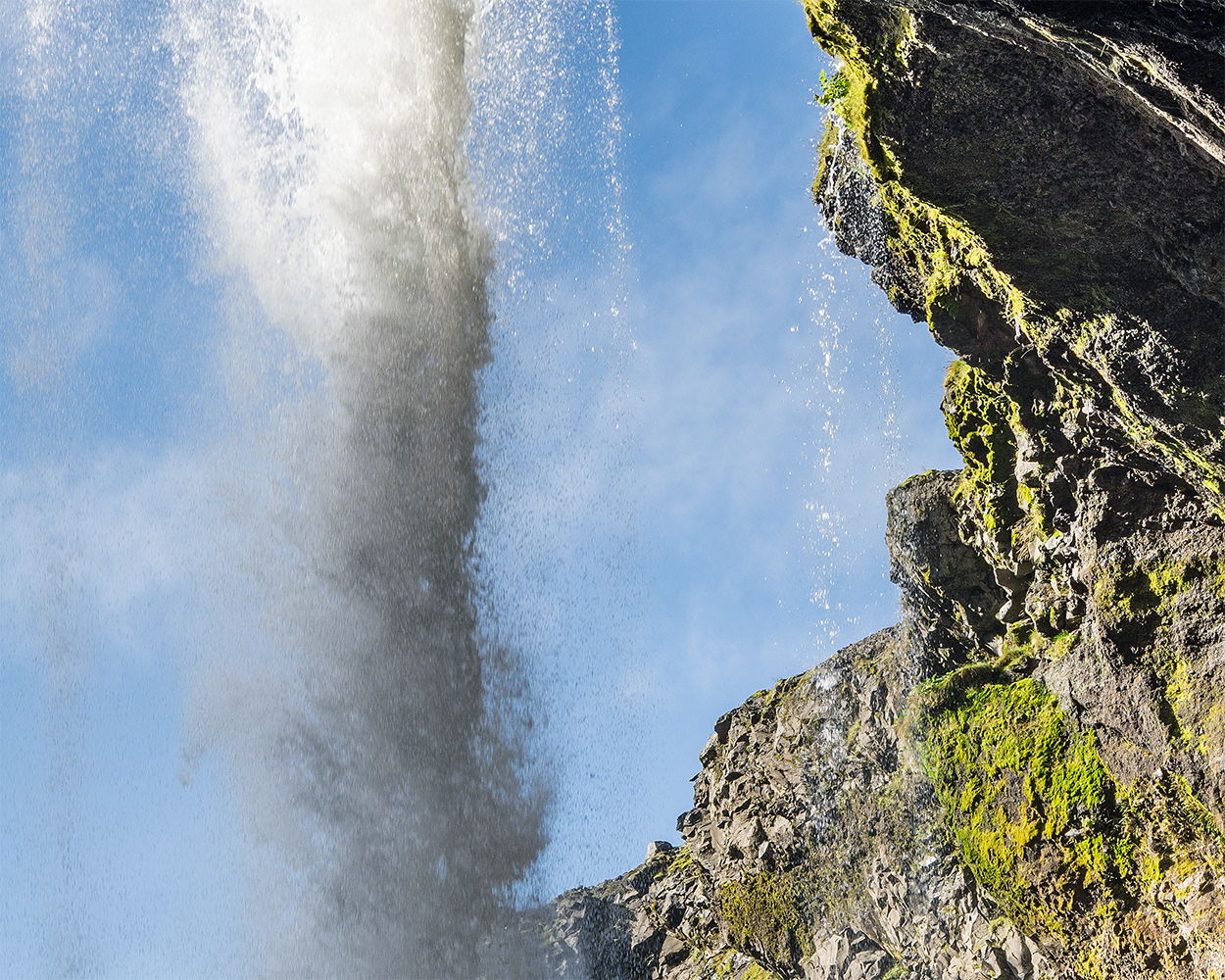 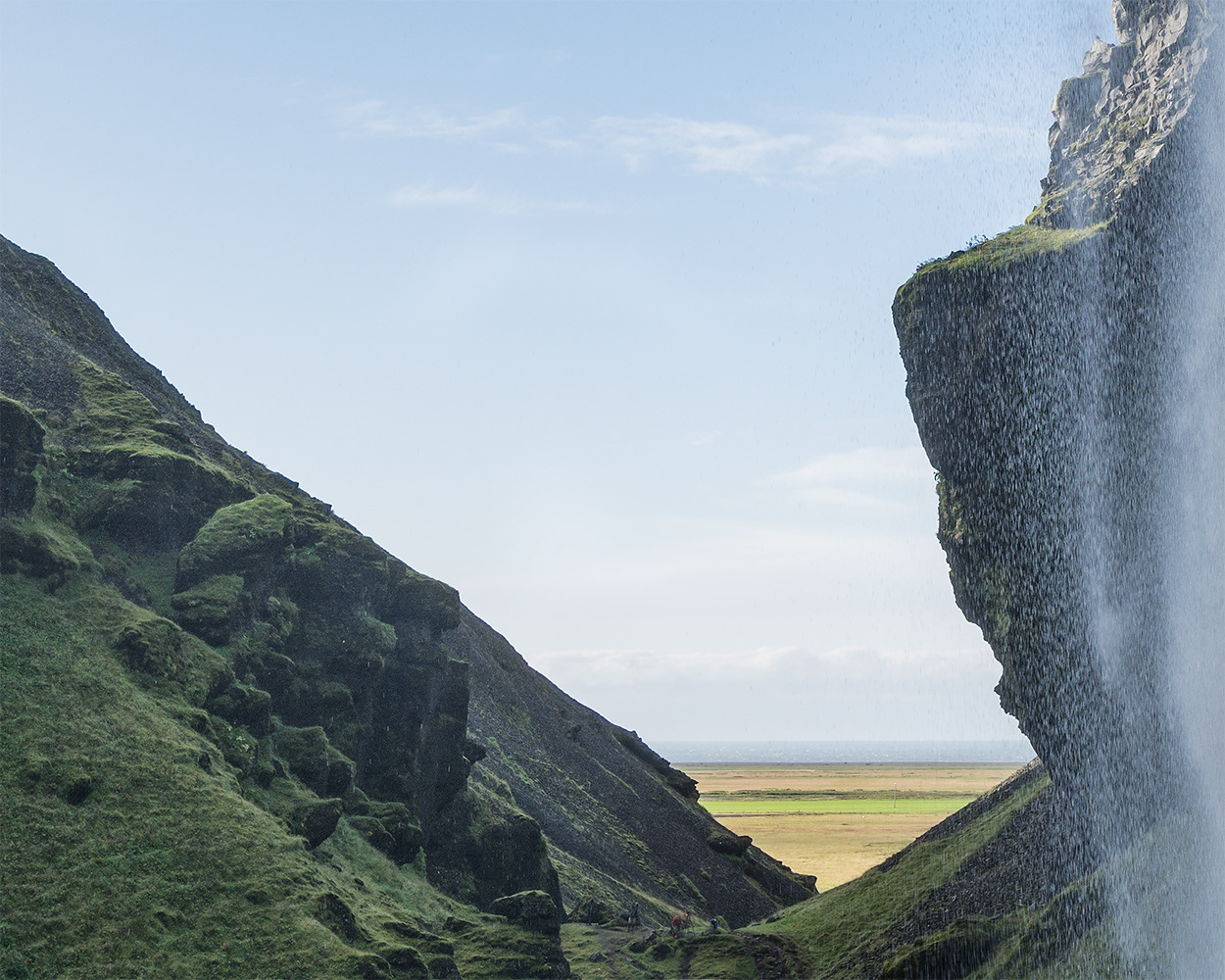 Buy this print
Numerous legends and tales tell of gold hidden behind a roaring waterfall. Unfortunately, and no doubt by some dark magic, even meticulous searches always seem to come up empty handed. That’s not the only reason however, why looking for treasure behind Iceland’s numerous drapes of water would be unwise. Riches and, indeed, the stuff worthy of song and tale, are in front of, rather than behind the gushing water. In this case, looking in from behind reveals an epic landscape, shaped by forces that are too slow and subtle to perceive most of the time, and too fast and violent, too outrageous, to really take in some of the time.
Long known as ‘the secret waterfall’, there were only two other people at the site during my first visit, not counting the two I met at the parking lot. As I found out the following day, only the pouring rain had been to blame. Coming back hunting for better light, the place was rather packed. And that’s when I witnessed (again) the risks some people are willing to take for a photograph - I’d seen similar stupidities at Fjaðrárgljúfur.
There is a path behind the waterfall, nearly invisible from ground level. It’s easily accessible however and provides one with a wonderful view of the valley, and far in the distance, the North Atlantic. Sources correctly mention that it goes up even further, narrowing into a sheep’s trail, carved into the wet and lush green vegetation by people for whom a shot (as far as I can tell, a bad one) appears to be more important than preserving the natural environment. Some of these sources even warn against using it, for the reason just mentioned, and because it’s unnecessarily dangerous.
Obviously, that didn’t stop people from climbing up there, reaching for their cell phones and taking that glorious shot, worthy of the digital aether. And for what? A few likes and 0.56 seconds of screentime? For the more nature loving bystanders, on moments like these the air is thick with frustration – not to mention unease (of witnessing natural selection in action – another one of those forces that are slow and subtle most of the time).
While I certainly sympathise with the observation that some places appear to have been shot from every possible angle, possibilities for original images almost always exist. And when they don’t, appreciating the beauty of the place is more rewarding than a bad shot and the fading memory of the adrenaline rush when taking it.

Dark matrix
↑Back to Top